CNNs can be modulated, at each layer, using the Feature-wise Linear Modulation (FiLM) technique. FiLM permits to add priors during training/inference based on the imaging physics (e.g. acquisition parameters), thereby improving the performance of the output segmentations. 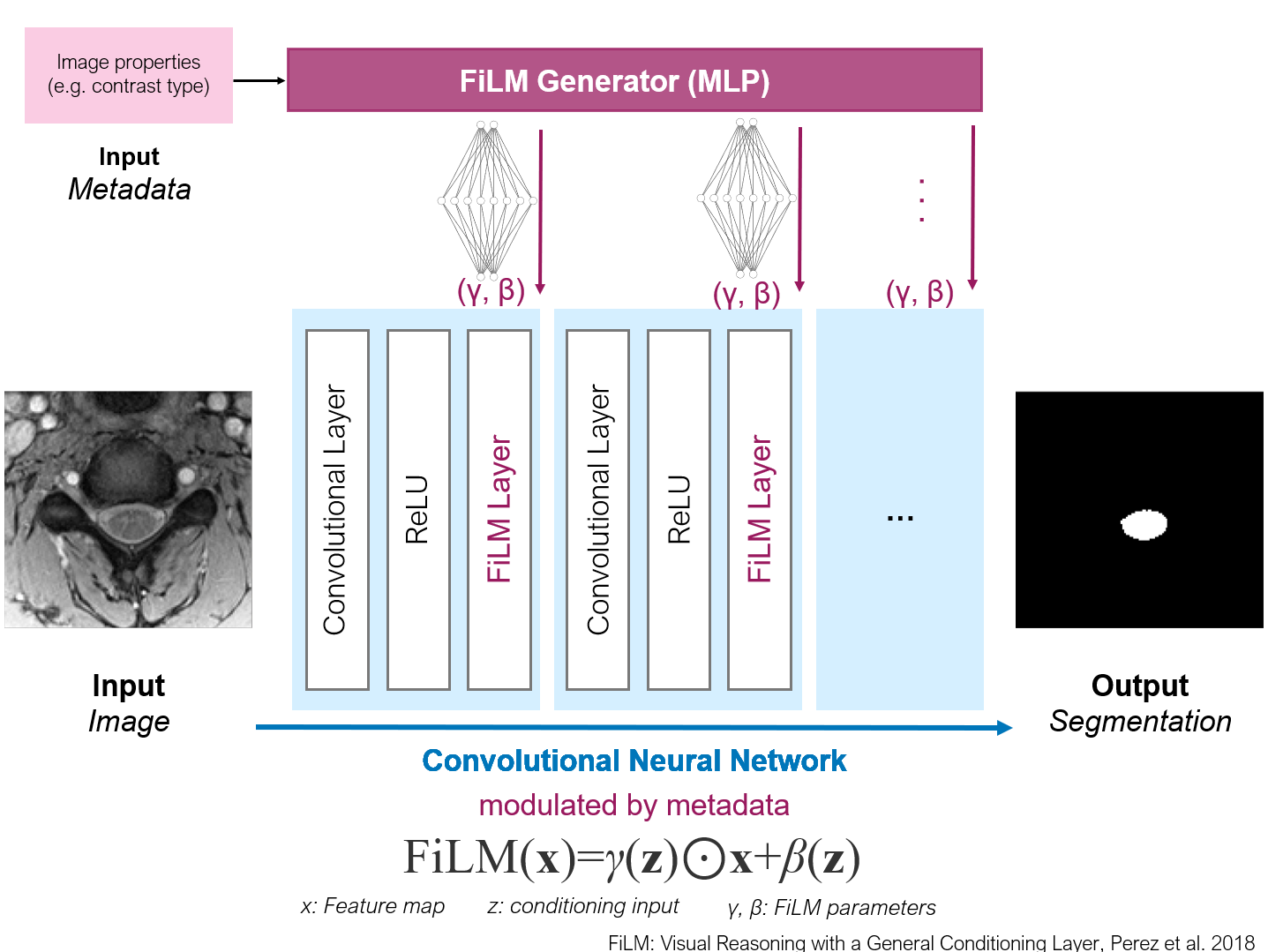 These measures can be used to perform some post-processing based on the uncertainty measures.

Mixup is a data augmentation technique, wherein training is performed on samples that are generated by combining two random samples from the training set and from the associated labels. The motivation is to regularize the network while extending the training distribution. 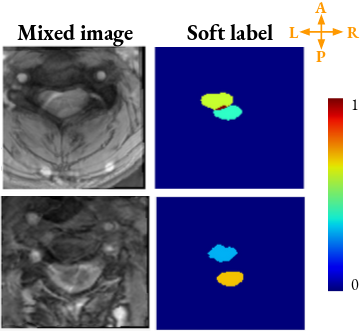 This data augmentation is motivated by the large inter-rater variability that is common in medical image segmentation tasks. Typically, raters disagree on the boundaries of pathologies (e.g., tumors, lesions). A soft mask is constructed by morphological dilation of the binary segmentation (i.e. mask provided by expert), where expert-labeled voxels have one as value while the augmented voxels are assigned a soft value which depends on the distance to the core of the lesion. Thus, the prior knowledge about the subjective lesion borders is then leveraged to the network. 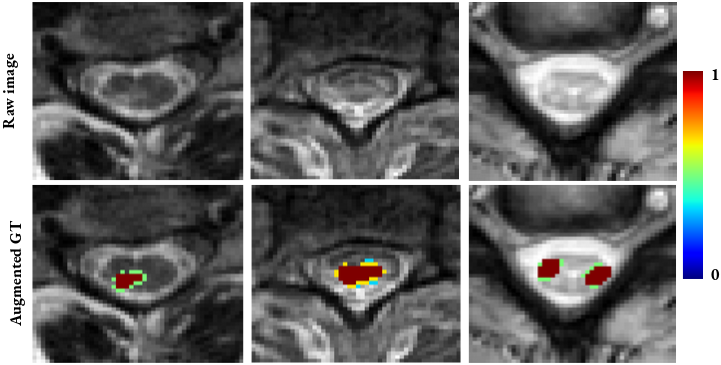